Dursley Town Council originated from the 1974 Local Government reorganisation and since then the "chair" position has been known as Town Mayor.

Since 1974 there have been 13 people who have held the title of Town Mayor, with the most recent, Cllr Symon Ackroyd being appointed by Council in May 2021.

The longest serving Mayors are Jane Ball who served 10 consecutive years (2005-15) and Michael Maxwell Cornock who served over 9 years during three terms between 1975 and 1991.

In 1979 Anthony (Gerry) Pierce was appointed Town Mayor and he was the first Mayor or Chair of the previous Dursley Rural District Council, dating back till the 1890's not to have been born in Dursley and in 1982 his wife Catharine was the first female Town Mayor.

The Chronological Record of Town Mayors 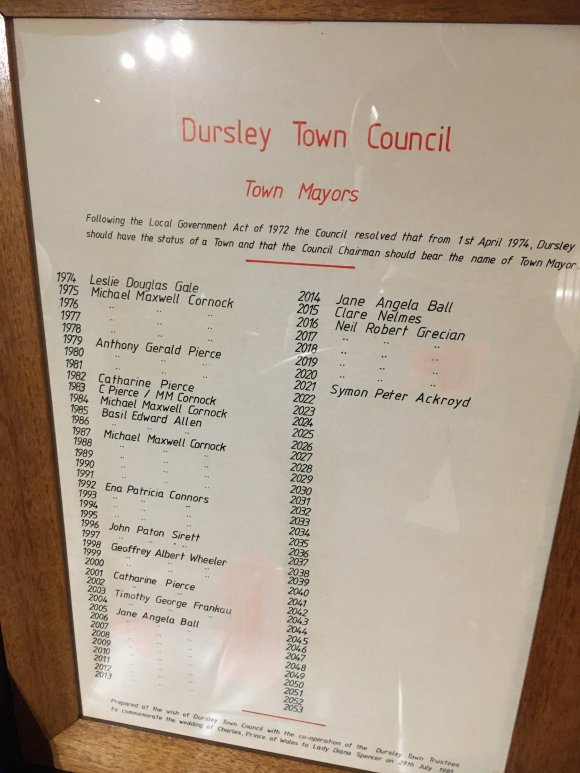 The record of Town Mayors since 1974 is kept in the Town Hall.