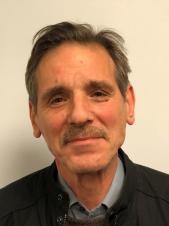 Cllr Rubin returns to the Town Council after a break of nearly 10 years, replacing former Cllr Suzi Abraham in the Highfields Ward.

Cllr Rubin has an interest in the development and welfare of the town; notably its identity, maintenance and economy.

The Mayor welcomed Cllr Rubin to the Council and said "it is pleasing to see the vacancy being quickly filled and once again we have a full number of Council members".