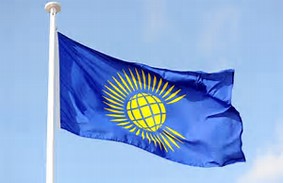 Today (Monday 11th March) the Commonwealth Flag will be flying over the town at St James Church to mark Commonwealth Day.

The Fly a Flag for the Commonwealth initiative, now in its fifth year, is again catching the imagination of thousands of participants from all walks of life, inspiring them to join with others throughout the Commonwealth. As a collective public expression of commitment to the Commonwealth,... Read More » 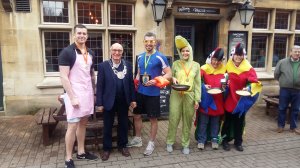 The final result were: 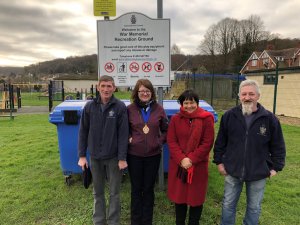 The Town Council are pleased to confirm that under the jurisdiction of Stroud District Council the Council's grounds staff are now fully trained and authorised to issue Fixed Penalty Notices (FPN's) for dog fouling offences.

Dursley Town Council are the first Town or Parish Council in the Stroud District to obtain this authorisation from Stroud District Council (SDC). A person responsible for a dog... Read More » 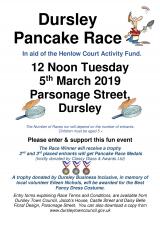 Dursley's annual Pancake Race is held on Shrove Tuesday each year. The race is traditionally held in Parsonage Street at 12 noon. Depending on the number of runners who have entered, "heats" are held with the fastest runners qualifying for the grand final.

In February 2010, Dursley Town Council resolved to resurrect the annual Pancake Race, and to provide a trophy for the winner. 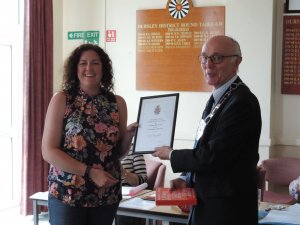 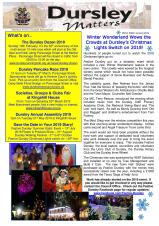 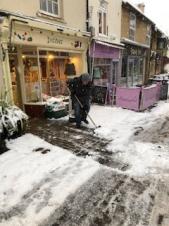 The first real snow of the winter is with us this morning, treated roads are passable with care, but we are experiencing problems with estate roads and other non-gritted routes. Long Street has been closed by the police.

Don't be put off clearing paths because you're afraid someone will get injured. Remember, people walking on snow and ice have a responsibility to be careful themselves. Don't believe... Read More »

Dursley Town Council has set its budget for the coming financial year and will continue to invest in a range of projects to benefit Dursley.

The Mayor, Cllr Neil Grecian said "we have agreed to a modest rise in our share of the Council Tax for the following year, this will allow the Town Council to manage the new town centre car park which is scheduled to open at the end of February. The car park will... Read More »

Councillors have attended workshops, briefings and we have worked closely with the members of the Neighbourhood Plan Steering Group to formulate our response.

We have been encouraged by the level of local participation at our Planning Committees in December... Read More »